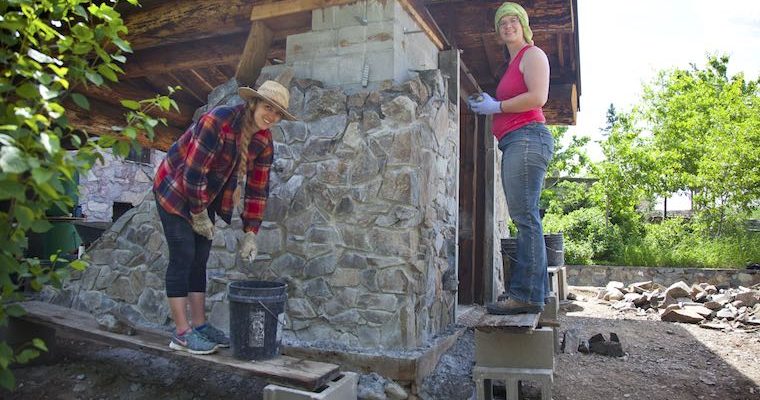 The Steger Center School of Sustainability

The Steger Center has created transformative experiences for students for over 50 years, transmitting skills in an atmosphere of respect for each other, support staff, and the surrounding environment. This summer it is expanding its unique School of Sustainability programming, opening doors for adults to learn viable, job-ready skills while reconnecting with nature.

Courses run one or two weeks, depending on the subject matter and project complexity. Enrollment is limited to accommodate a tight student-instructor ratio for maximized learning and hands-on experience. The courses cover a wide range of construction techniques and foster skills that will empower participants to expand their career options or simply gain confidence in applying their learning to their own projects with cabins, homes, or overall lifestyle. A number of women-only courses are being piloted, with the intention of providing a supportive environment for students to learn and practice skills that may be new and unfamiliar.

The list below covers topics, instructors, and number of available student openings. Tuition for all courses is $900/week, which includes meals and rustic accommodations on the extraordinary grounds of the Steger Center, located just north of Ely, Minnesota. 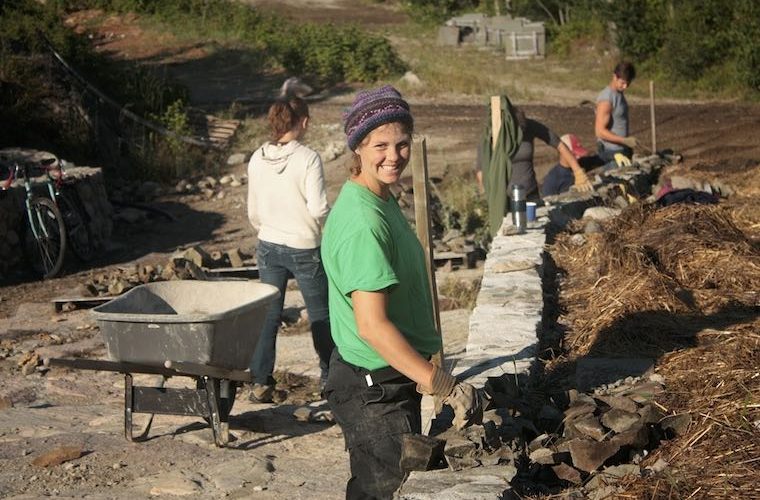 Discover the essential elements of stone masonry and create a lasting element at the Steger Center.

In this one-week hands-on course, students will focus on essentials of stone masonry. They will identify and harvest appropriate stones, then use them to build a cabin foundation and a garden wall on the Steger Center campus. Attendance capped at 4 students. 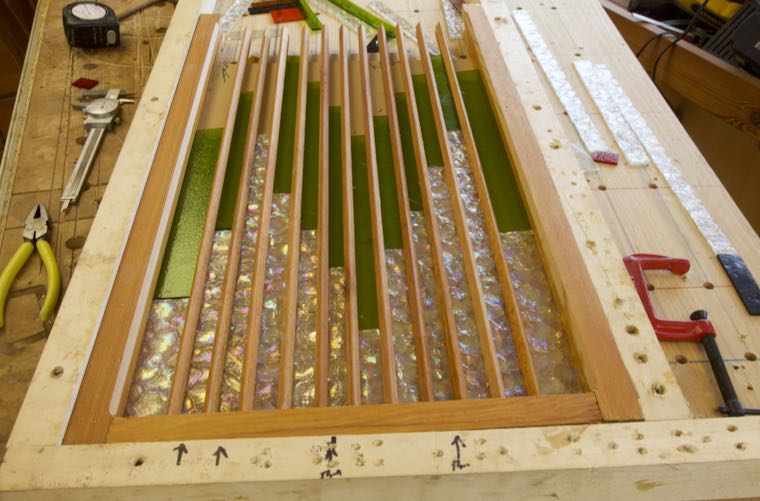 Women’s Glass and Wood: A Paradigm in Stained-Glass Construction

Lean a unique and different approach to stained-glass creation that uses wood versus lead.

Traditionally, stained-glass construction uses lead cames to hold the separate pieces of stained glass together. Will Steger has developed a system that uses wood cames rather than lead, resulting in a new paradigm in stained-glass construction that bypasses the need for soldering. Students in this course will learn how to use (and be encouraged to experiment with) this new technique and, it is hoped, be inspired to pass it on to others. Recommended for stained-glass artists and hobbyists with some experience in glass-cutting. Attendance capped at 3 students. 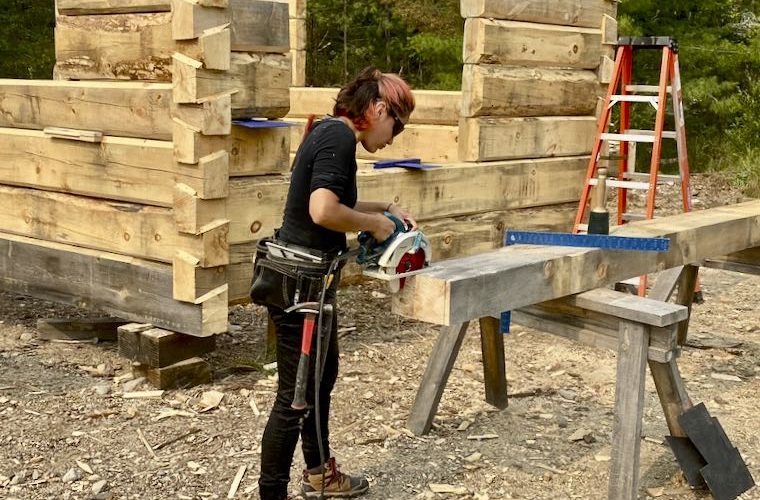 Gain the essential skills required to built a complete cabin for wilderness getaways.

This two-week course will focus on teaching the basics of building an off-grid cabin, from foundation to closing in. Skills covered include stone masonry, concrete work, conventional framing, square-log dovetail joinery, door and window framing, truss building and roof installation. Previous experience is not necessary. Attendance capped at 4 students. 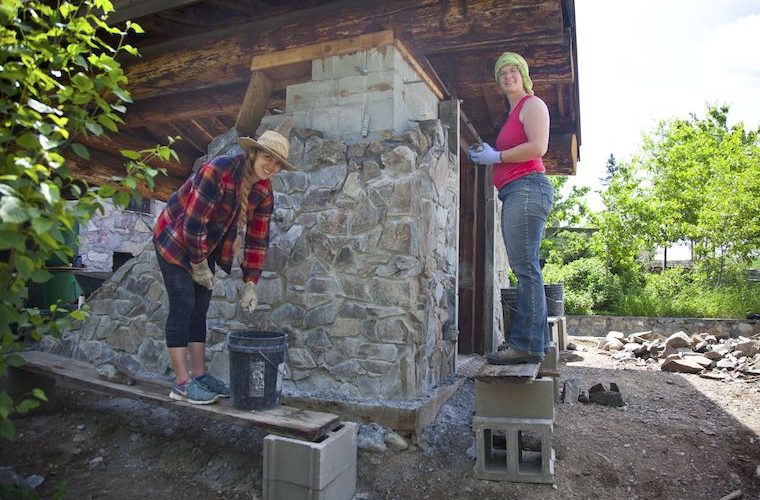 Explore the core elements of stone masonry and how to craft stone walls and walkways.

During the first week of this two-week hands-on course, students will learn the essential elements of stone masonry. They will identify and harvest appropriate stones and use them to construct walkways around the main conference building. The focus will shift during the second week as students will both practice and share what they’ve learned, working with the women in the log-cabin-building course to construct cabin walls. Attendance capped at 4 students. 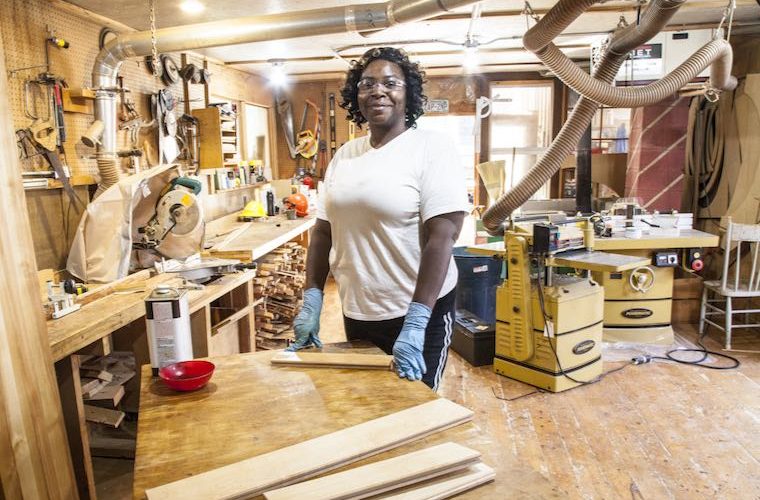 Learn the art of fine woodworking to craft furniture that will be used in cabins at the Steger Center.

At the Steger Center are numerous newly built cabins in need of furniture. Students in this course will use locally harvested trees to make beds, tables, cabinets for various purposes, boxes for firewood, and more. Together we will make drawings and have discussions about what types of joinery to use where. Each piece will be finished with the appropriate type of finish. The emphasis will be on making all cuts and joints with the help of machines. Attendance capped at 3 students. 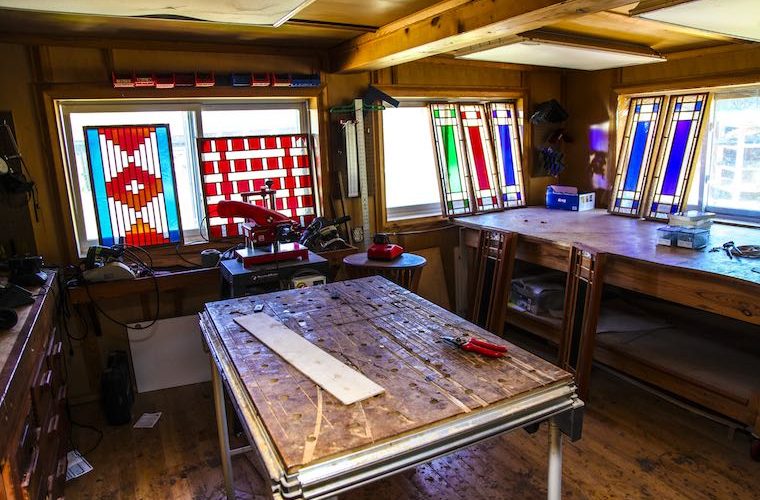 Glass and Wood: A Paradigm in Stained-Glass Construction

Similar course to the earlier offering in July. Learn the essentials of wood-and-glass stained-glass construction.

Traditionally, stained-glass construction uses lead cames to hold the separate pieces of stained glass together. Will Steger has developed a system that uses wood cames rather than lead, resulting in a new paradigm in stained-glass construction that bypasses the need for soldering. Students in this course will learn how to use (and be encouraged to experiment with) this new technique and, it is hoped, be inspired to pass it on to others. Recommended for stained-glass artists and hobbyists with some experience in glass-cutting. Attendance capped at 3 students. 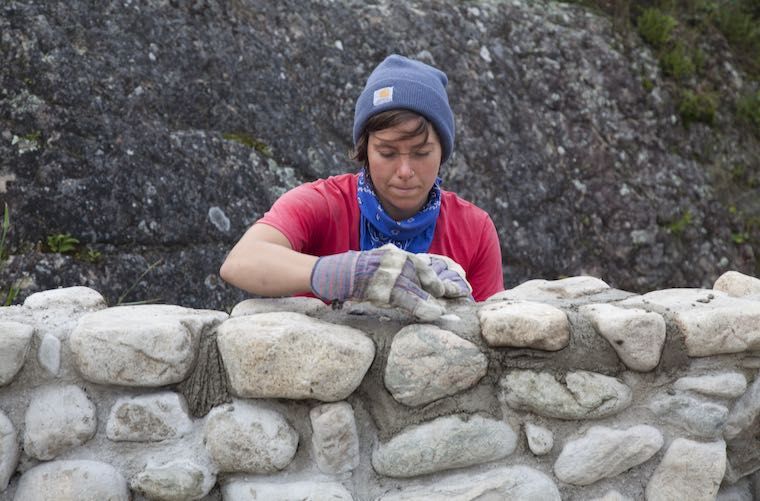 Learn the skills required to build a spectacular outdoor pizza oven, perfect for the backyard or cabin.

In this two-week course, students will build a traditional masonry bread oven from the ground up. Instructors will lead each student in the process of understanding the elements of design, building the underlying structure, constructing the firebox and exhaust system, and doing the exterior cladding and finishing. This is a hands-on class where students learn the essential elements of masonry and apply them to the project at hand. Attendance capped at 8 students.

Nolen Sherman spent two years living and working at the Steger Center, where she learned framing and finished carpentry, log-cabin building, and wood-and-stained-glass construction. She has five years’ experience building dovetail cabins and is currently employed as a finish carpenter in the Twin Cities. Nearly all the stained-glass windows on the Steger Center campus were built by her.

Jenna Pollard discovered timber framing in 2010 while studying homestead skills at DreamAcres Farm in southeastern Minnesota. Since then, she’s assisted on numerous timber frame projects and raisings, built herself an off-grid cabin in rural South Dakota, and started teaching workshops to share these skills with others. Her preference is for utilizing traditional techniques and primarily using hand tools, but she appreciates modern tools and new technology that have become a staple of the craft. She currently resides in Finland, MN, and offers timber framing workshops throughout the year.

Aurora Wahlstrom has practiced stone masonry for nearly a decade. She was 13 when she first visited the Steger Center, and has learned, worked, or taught there nearly every summer since. She trained under three master stonemasons (with over 100 years’ combined experience), and most recently has been practicing stonework in San Luis Obispo, California. She currently works as an arborist and stonemason and is pursuing a yoga instructor license.

Hans Mouritzen is a furniture maker by trade. He learned his craft in the traditional way—a three-and-a-half-year apprenticeship—in his native Denmark. In 1978 he immigrated to the United States, and within a couple of years opened Danish Woodworks, a custom furniture shop. For 20 years he operated this small business, honing his skills in all phases of furniture making, from design through selection of materials to building and finishing. Using both solid woods and veneers, traditional tools and modern machinery as appropriate for the application, he created furniture of quality, utility and lasting beauty. Since his first visit to the Steger Center in 1994, he has had a big hand in conceiving, creating, and building much of the furniture there.

Ian McKiel has been actively practicing stonework and masonry for over 20 years and is always seeking the balance between beauty and function. After earning a bachelor’s degree in environmental design from the University of Minnesota, he apprenticed under master stonemason Jim Sullivan (who has taught at the Steger Center for the past 16 years) and learned the medium of stone and brick. Since launching McKiel Stoneworks he has been involved with many projects, including bread ovens, fireplaces, outdoor kitchens, and historic restoration. He has helped guide and teach masonry projects at the Steger Center since 2013.

Apply Today to Be Part of the School of Sustainability

The Steger Center seeks hard-working, dedicated staffers for paid summer work opportunities. Great for college students, teachers, or anyone looking for a rich summer experience. The center is currently seeking:

Media Release
The courses listed above and participants will be filmed and photographed. All students will be asked to sign a media release prior to the start of the course.